CANada Deuterium Uranium (CANDU) reactors use heavy water as a coolant instead of regular old light water. These were invented and developed in Canada in the 1960’s, when Canada decided that they did not want to build enrichment plants or large pressure vessel manufacturing capabilities. Heavy water can be made from regular water, but it takes a lot of energy to do so. But, heavy water absorbs neutrons much less probably than regular water, so it’s significantly easier to sustain a neutron chain reaction with heavy water. This allows CANDU reactors to operate with natural uranium (no enrichment necessary). As of 2010, there are 29 operating CANDU reactors, with 17 of these in Canada. 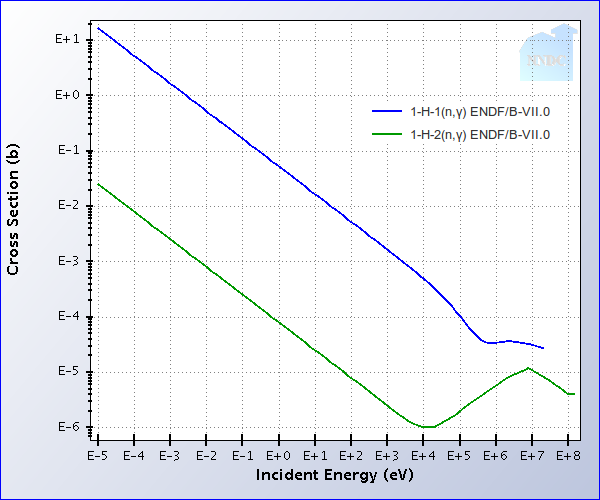 In this figure, we plot the probability that hydrogen and deuterium will absorb a neutron (hurting the chain reaction). As you can see, H-2 (deuterium, the constituent of heavy water) eats up neutrons with 3 orders of magnitude less probability.